Barack Obama laid out his plan of attack to help solve or lessen the impact of the mortgage/real estate crisis that has haunted millions of homeowners. It is a $75 billion multi-pronged attack. It will help make it easier to afford their monthly mortgage payments, allowing refinancing while the interest rates are more favorable, or by easing the process to have mortgage loans modified. Obama is widening the scope of government involvement, bringing into the mix those homeowners who have struggled, but have remained current on their mortgage payments, but at risk of default. He seeks to make Federal funds available to loan providers to modify the loans of those who have stopped paying them as well, up to $1000 for each loan modification, and $1000 a year for 3 years if the homeowner stays current. For those who are current, but have riskly loans or high likelyhood of falling behind, the proposal will give $500 to servicers and $1,500 to mortgage holders if they modify at-risk loans before the borrower falls behind.

Also mentioned in this relief package is the willingness to work with Congress who is currently working to amend the bankruptcy laws, which will allow judges to modify mortgages, like all other secured debts in chapter 13. However, they are drawing criticism from the lenders, since this is a major change, and could cost these lenders billions. Stay Tuned 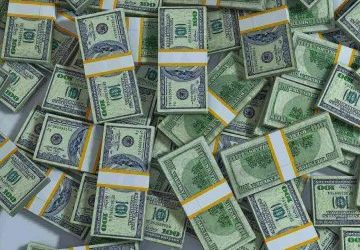 Durbin has been pushing for student loan bankruptcy reform. If done, we will see a large uptick in chapter 7 bankruptcy filings. ... See MoreSee Less

An Illinois lawmaker is asking Congress for additional help when it comes to student loan debt.
View on Facebook
· Share

Do you/Have you used Snapchat in IL? You can file a claim in their class action case here: www.snapillinoisbipasettlement.com/submit-claim ... See MoreSee Less